The Invention of the AeroPress:

Among coffee aficionados, the AeroPress is a revelation. A small, $30 plastic device that resembles a plunger makes what many consider to be the best cup of coffee in the world. Proponents of the device claim that drinks made with the AeroPress are more delicious than those made with thousand-dollar machines. Perhaps best of all, the AeroPress seems to magically clean itself during the extraction process. 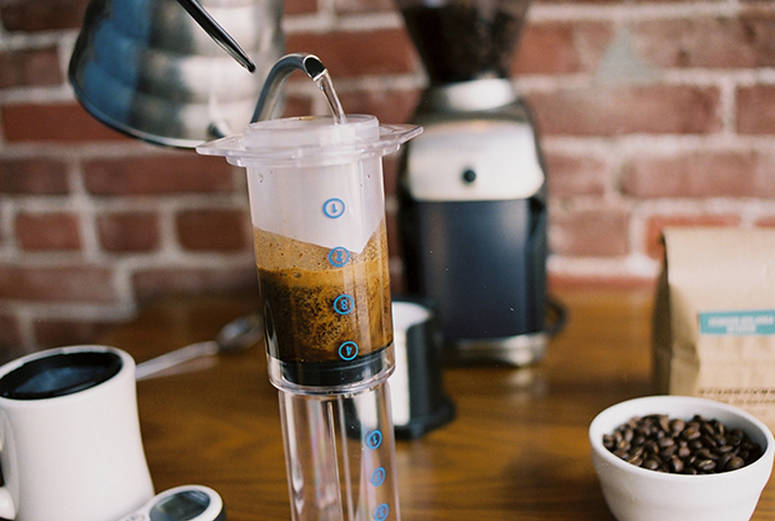 There’s really nothing bad to say about the device other than the fact that it’s a funny-looking plastic thingy. Then again, its inventor, Stanford professor Alan Adler, is a world renowned inventor of funny-looking plastic thingies; while Adler’s Palo Alto based company Aerobie is best known today for its coffee makers, the firm rose to prominence in the 1980s for its world-record-setting flying discs.

I didn’t know the AeroPress inventor also invented the “flying ring” we chucked around as kids.

I’m a big fan of the AeroPress single cup coffee maker. I’m by no means an aficionado and won’t get into arguments with anyone over Starbucks vs Dunkin’ Donuts vs Tim Hortons or any of that foolishness but, in my opinion, the AeroPress makes the best cup of coffee I’ve ever made at home. I just wish I could afford to buy another one (lost mine in a move).